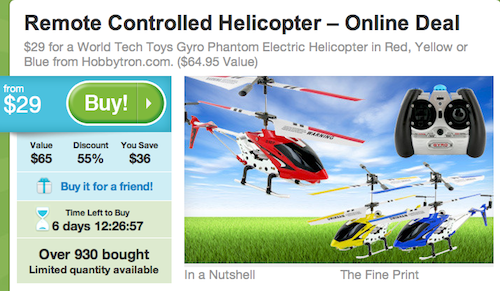 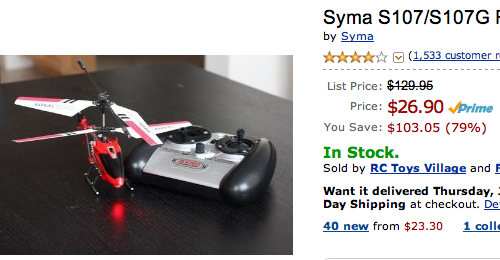 Not only do I always check other retailers, but I usually check the product’s price history on Amazon as well:

You can see that the average price is still well under $20. It’ll go even further down soon.

Never heard of that site and it’s awesome. $4 at one point!

I know what you mean but I bought this back in September and it works great. Same model as they are advertising in Groupon. Plus the reviews on Amazon for it are pretty solid!

People are asking about Groupon, Google Deals, LivingSocial and the many other online deal sites in recent months because of their perceived ability to generate hundreds of leads for any type of business with little effort and low upfront costs. They seem to be the best online opportunity to generate sales. But savvy business owners are realizing that their financial and marketing interests and those of these social deals websites are not always in line with each other. Many early users of these sites have discovered that poor planning can turn an online offer through these sites into one of the biggest mistakes they make as a small business. *,